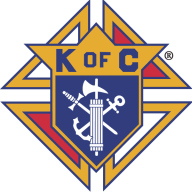 Welcome to the website for the Knights of Columbus Council #11730. All feedback and suggestions welcomed. Please use the contact form or email admin@olpknights.org.

Dear Brother Knight:
We are accomplishing great things. At this point, through our Leave No Neighbor Behind initiative, we have invested over $1 Million in food banks across the United States and Canada. Due to the unprecedented nature of COVID-19, our need is growing ever greater.
I know that this is not the most opportune time to ask for donations. At the same time, the need has never been greater. Over 20 million people have filed for unemployment and many are relying on resources in their community to put food on the table.
Your assistance is greatly needed. Are you able to help?
As Knights, we pride ourselves on our ability to amplify generosity. Coupling local councils and an international fundraising operation, we can affect change on an exponential level. Plus, 100% of all donations go straight to those we are serving.
If you are able, please stand with us. We can’t do it without you! Even a small gift will allow us to reach out to all of those who need food in our communities. Together we can support those who need us now.
Let’s do this together!
Fraternally,
Ronald F. Schwarz
Supreme Treasurer

Brother Knights,
1. There has been a huge change to change to the way Knights will be initiated into the order. There will be one ceremony that will bring new members to full knighthood to replace the separate first, second and third degree ceremonies. In addition, there will be no veil of secrecy for this ceremony and families and the general public will be encouraged to attend.
2. Please don’t discuss the old ceremonies because councils still have them scheduled and they are still secret.
3. Under the new system, first and second degrees can attend the same ceremony as new members to become third degree knights. In the new ceremony, there will be a presenter for each ideal of the order, charity, unity and fraternity, an MC, a warden and a Priest or Deacon (if available). No memorization is required for those conducting the ceremony.
4. The idea behind the change: The old system began development in 1882 when the Knight’s of Columbus competed with other fraternal organizations. It’s initiation process and hierarchy was created to be similar to the other organizations. Although this served well for many years, it has been an impediment for new members in more recent times. The idea of this change was first discussed in 1988 so Supreme was slow to implement it, but they really saw a need at this time.
5. We will in the not to distant future hold the new degree ceremony. It will we for all new members as well as first and second degrees to get up to speed with the new combined degree rank. The only thing keeping us from scheduling it now is we need the training on how to do the new ceremony.
6. The ideal situation is to hold the degree ceremony in conjunction with the Mass.

The Fourth Degree has not changed.

We have several events coming up. Check out the Events Calendar. Also please don’t forget our monthly meetings are the second Thursday of every month!

This morning, I submitted the Bylaws that the council voted on and approved this week. The bylaws were immediately approved. I suspect they were approved so fast since we complied with the template provided by Supreme. The official copy can be found here with the approval date on it.
–Grand Knight John O’Rourke

We’re in the process of creating a new website for the Knights of Columbus Council #11730.  All feedback and suggestions welcomed.  Please use the contact form or email admin@olpknights.org.